The Cane toad, also known as the giant toad or Bufo toad, have highly toxic skin gland secretions that can sicken or even kill dogs, cats and other animals that bite or feed on them.

Adult cane toads are the largest toad found in the U.S. and can measure up to 6 to 9 inches, and that’s just the body without the legs extended!

There is a difference between the Cane Toad aka Giant Toad (Bufo marinus) which is toxic vs the Southern Toad (Bufo terrestris) which will is not harmful.  The southern toad stays under 4 inches in length. The southern toad also has smaller parotid glands and two short, parallel ridges that start as knobs between the eyes and extend down the back for an inch or so.

The cane toad has no knobs or ridges between the eyes. The cane toad has dry, warty skin and the color is usually various shades of brown with some gray, some are yellow, red-brown or olive brown with varying brown and white mottling. See this website for species identification    tinyurl.com/8g3bpcq

Don’t leave the dog’s or cat’s food outside as it attracts toads. There is no humane way to prevent toads from congregating on your property other than keeping up with your routine exterior pest control as they are attracted to the bugs that live there.   Never use the suggested home remedies such as hot pepper or moth balls as seen on the Internet as they are harmful to other animals and domesticated pets.  Some have minor success by laying galvanized chicken wire at the base of their fencing but that works only if your perimeters are tightly secured.  Toads are attracted to lights; it’s not unusual for homeowners to return home to find groups of toads congregated on their front porch or along their driveway  lights.

If your dog grabs onto one of these toads and you see that his or her gums are turning red and or there is foaming at the mouth grab a garden hose and rinse out the dog’s mouth but be sure to let the water drain out and not down it’s throat or the dog could drown.  Just point the edge of the hose under it’s “lips” and move it around while keeping the dog’s head pointing down. If the dog is still foaming and the gums are not returning to a normal color within a few minutes get it to the vet ASAP. Here’s information from petmd.com on what to do if your dog is poisoned by a Cane Toad.  And from experience, we can tell you that you have act fast!

The most humane way to deal with a Cane Toad if you can catch it is to use gloves and a fish or butterfly net. Place it in a baggy and freeze for about a week and discard in the trash the day it will be picked up.

Why are Fruit Flies so Difficult to Get Rid Of? 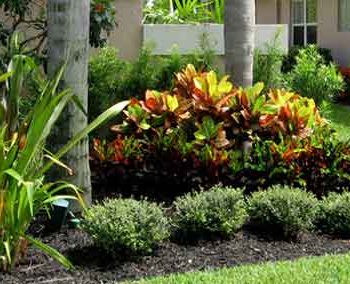